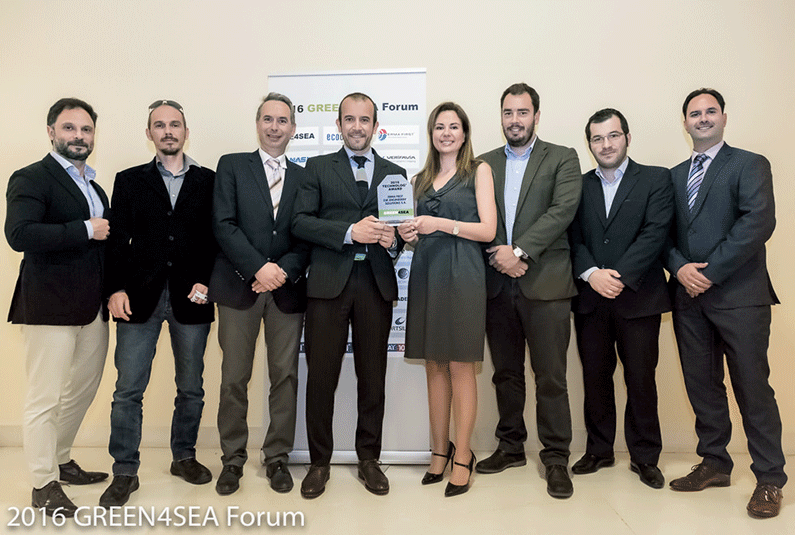 The 2016 GREEN4SEA Conference & Awards is a pro bono event that was held on the 6th of April 2016, in Eugenides Foundation Athens attracting 950 delegates from 20 countries representing a total of 400 organizations. Six panels of 25 global experts focused on green shipping issues and latest developments regarding the Ballast Water Management, Energy Efficiency, MRV Regulation for the shipping emissions. The Green4Sea Initiative Award went to Green Award.

ERMA FIRST was nominated for the GREEN4SEA Technology Award for providing significant technological achievement in the industry. ERMA FIRST has offered a new generation Ballast Water Treatment System, the ‘ERMA FIRST FIT’ which uses a 40 microns automatic backwashing screen filter with a significant small footprint and modular design. Other short-listed nominees for this category were: Arista & DeltaMarin, Clean Marine, Hullvane and Thordon Bearings

Accepting the award on behalf of the company Konstantinos Stampedakis, Managing Director of ERMA FIRST stated “This award is the result of ERMA FIRST’s consistency. Focusing on the development and design of BWTS, we have developed a unique technology and not a collection of bits and pieces of equipment. Secondly, we have launched a product ready for shipboard installation and not just a concept. Lastly, it is a result of technology superiority. ERMA FIRST is a company competing on an international environment. We are grateful to the Greek shipowners but also to the engineers who act like consultants in the continuous optimization of our system.”

Nowadays, the company has a prestigious reference list comprised of shipowners and shipyards in many countries such as Greece, China, Italy, Romania, Japan, Korea, US, Singapore, etc. The advanced ERMA FIRST BWTS is the first and only full flow electrolytic system, which holds Type Approval by IMO, class type approval by Lloyd’s Register and AMS approval letter by USCG, for fresh water operation. Closer than ever to USCG Type Approval, with all relevant testing expected to finish by the end of May 2016 and with no negative feedback so far, company’s vision is “to make the difference”.

ERMA FIRST attracted the most votes by the end of the voting period which held online during a two-month period. The inaugural presentation of the GREEN4SEA Awards took place at the closing of the 2016 GREEN4SEA forum within the scope of awarding industry’s green outstanding practices for Initiative, Excellence and Technology. Other winners of the 2016 GREEN4SEA Awards are: Capital Shipmanagement Corp for the Excellence Award and Green Award Foundation which received the Initiative Award. 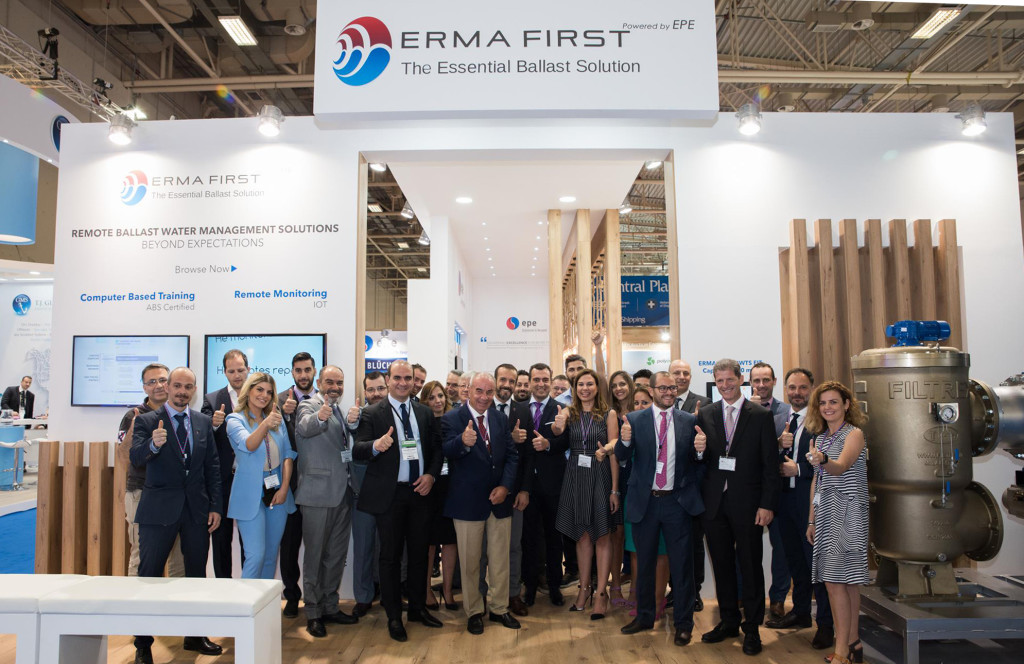 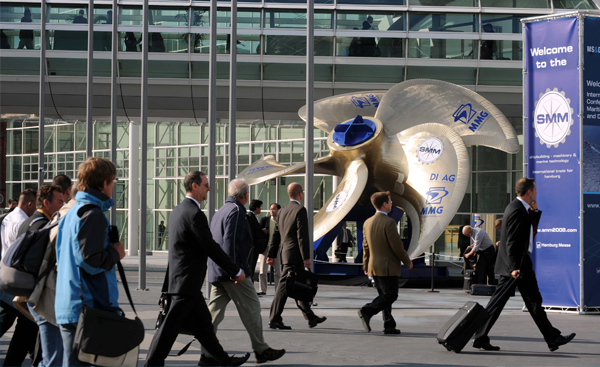